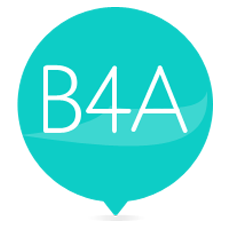 * Create an emulator matching a device's size and pixel density. * Design a layout using Designer and the emulator. * Write the code in the B4A's code editor ("IDE"). * Test the code on the emulator or the actual device. * Compile the code into a distributable form. 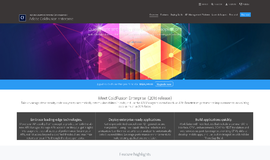 A single platform to rapidly build and deploy scalable, high-performin 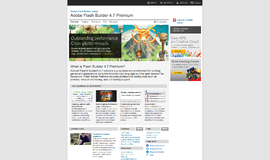 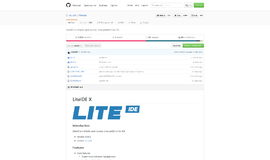 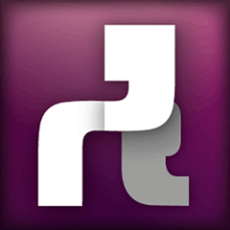 Integrates all the tools need to carry out web application projects. 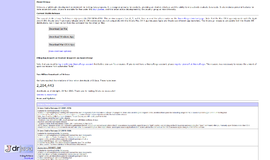 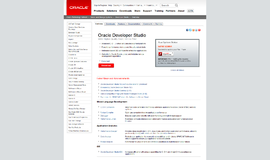 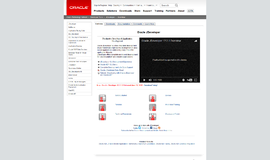 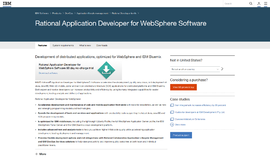 Development of distributed applications, optimized for WebSphere and I 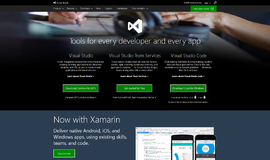 Tools and professional services to individual developers or small team 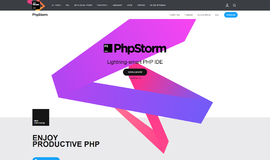 A commercial, cross-platform IDE for PHP built on JetBrains' IntelliJ

B4A, formally known as Basic4Android, is a tool to develop native Android apps. This tool works with native libraries so, all the apps deployed with it will be considered native.

B4A is a programming language to develop Android apps in a native way. This language is very quick to use and deploy. You can exclusively code them for Android and there are no cross-platform options. However, there is also a version for iOS called B4i and a windows version; the B4j.

The best advantage of using B4A is the fact that the apps are native, so they offer a native experience to the user, which is always more desirable than hybrid apps. Performance is also increased with B4A, because native apps don’t use wrappers or any other code that will make them slower or bulkier. Actually, with B4A you can write apps as small as 100KB. With the current version of B4A, all Android devices running Android 2.0 or higher will be supported.

The coding must be done on a Windows computer running with the .Net Framework 4.5.2 for Vista and further versions and .Net Framework 4.0 for Windows XP (If somebody still uses it) and there are more requisites to run it. First you need to download Java JDK v7 or v8. Go to the official website and install it for your computer, choosing the x86 or x64 version according to your system. Next step is to download the Android SDK from the official website and install it. This SDK has the problem of not working when it is installed in a path with spaces in the name, as Program Files so, make sure you install a valid path before continuing. Then install all the necessary tools like Android SDK tools, Android SDK build-tools Android Support Repository, Google Repository, Android SDK platform tools and, if you have to connect an Android Device with USB you should also download the Google USB Driver.

Next is to download the B4A trial version. There is a trial version and a retail one, but more on that later. Open it, click on Tools and then on Configure paths and locate the key files “javac.exe” and “android.jar” with the browse button. Click accept and you are good to go. Although it is not mandatory, it is very useful to have the B4A bridge for a better connection. This app allows you to use the wireless network to connect the device and the IDE instead of using the USB debug mode. This is just a matter of options, because you can use the debug mode as well. Download the B4A bridge from Google play or download the apk from the official source. To do this you will need to have enabled the installation of apps from unknown sources. To do that go to Settings and then Security or Settings and then Applications on your Android device. Run the B4A bridge and follow the instructions to connect the IDE to the device.

Since B4A is a programming language itself, you will have to code. However, you don’t need any previous experience in any other languages. B4A is quite a straightforward programming language and it’s quite easy to learn and understand. There are a few tutorials online but the community is not really big so, don’t expect to get too much help. The tutorials are pretty good though, and there are also eBooks and videotutorials available for novices.

There are Java wrappers as well, which means you can reuse your Java snippets in B4A. All you have to do is to wrap the Java code as a library and then use B4A IDE to reference and use it. The main problem is that wrappers will make the app slower than usual.

Their pricing is very cheap. Yes, the word is cheap. We are used to outrageous prices when it comes to these kind of apps, but B4A is offering very reasonable deals. First of all, the free trial version has all enabled features and only has restriction on the size of the created app. There are three retail licenses available. The standard one is priced at $59. This is not an annual license or a monthly one, it is the price you pay to have the program forever with 2 months of free upgrades. The enterprise version has a price tag of $119, perpetual as well but with 2 years of free upgrades. The time with free upgrades is the only difference to both of them. These are licenses per developer but, if you are running a big company and you have a lot of developers you can purchase the Site License in which you have the same time with free upgrades as the Enterprise License but for 30 developers with a price of $599 which is around $20 per developer. This is what we call reasonable pricings.

B4A is a good option for those who are starting to program and want to develop Android apps. Since you still don’t know any language you have to start with any of them and this is a very easy one, probably an easier option to Java. However, if you come from web development or you already use Java, you have many other options more suitable for your needs. If you are new to developing, you probably don’t want to spend a lot of money up-front, and B4A is very cheap for the individual developer when you compare it with other frameworks or programming languages. It is a good option for beginners who want to create native apps and don’t want to invest a lot of money.