A Comparison of Different Javascript Transpilers

A transpiler is a source-to-source compiler that basically translates the source-code written in one programming language to the source-code of another programming language. Javascript (also often known as ECMAScript) has been a part of us since its initial release in 1995. If you have ever touched the web development, then you know for sure that it is often used along with HTML and CSS. Anecdotal evidence suggests that no matter how many updates an old language gets, it always seems outdated or old-fashioned, especially when compared to modern newly created languages.

Developers understand pretty well that almost every website on the internet is powered by Javascript, or at least use certain utilities that are powered by Javascript. Creating a new programming language or trying to replace it with another language is next to impossible, as it will take years to convert the old code to new code let alone the sudden breaking of projects that will happen.

Thankfully, we have witnessed several new programming languages that compiles (read: transpiles) to Javascript, which means you can write your new code in an extremely modern and elegant looking language like CoffeeScript, TypeScript, etc. through the tools like Babel (that turns your ES6+ code into ES5 friendly code) and others. This created an additional problem: You search Javascript Transpilers, and you get several of them, so which one do you choose?

In this article, I am going to highlight different Javascript transpilers and how they differ from each other, so that you can strategically decide the best option for your next Javascript project. Are you ready?

Which Language Should I Choose? 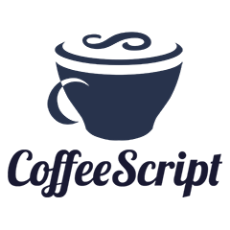 If you have used Ruby, Python and Haskell, then you are aware of their syntactic sugar features (https://en.wikipedia.org/wiki/Syntactic_sugar). Programmers always miss modern OOP (Object-Oriented Programming) features in Javascript. Thankfully, CoffeeScript adds new features that dramatically shortens the code and enhances the readability. For example, in CoffeeScript, almost everything is an expression that includes if, switch, for expressions in a similar fashion to Python, Ruby, etc., which means it returns a value (unlike Javascript, which don't return the value!), so it means you can operate on a function and assign the return value of a function to another function in a single line!

CoffeeScript allows you to write code easily without boilerplate code, because you don't have to write parentheses and commas. The cool thing about CoffeeScript that despite allowing you to write in simple language, you get exactly the same performance as Javascript. Why? Because the code compiles into Javascript eventually, which you can see yourself and compare it with actual Javascript code, you won't see much difference!

So, now let's write some code with Coffeescript!

CoffeeScript is a compiler itself, so you need to first install it (assuming you have Node.js installed on your computer, if you don't have it, then download it from here (https://nodejs.org/en/download/)):

Once it is installed, now you can use the "coffee" command.

Create a new file "sample.coffee" and then write the following code

You will see the results on the console screen!

You can also embed the code into HTML, which runs the CoffeeScript code through the help of jQuery, so create a new file called "index.html" and write the following code in it:

Opening it on the browser will show you the results (i.e., a small GCD calculator!). So, now let's talk about some of its features....

Assignments are done in a very similar fashion:

Due to its dynamic typed nature, you don't need to write the data types yourself. There is no need for curly-braces or semi-colons, as it follows the Python's convention:

The cool thing about CoffeeScript is its functions (I have mentioend it earlier), because you can write simple functions in a way as if you are writing a variable: 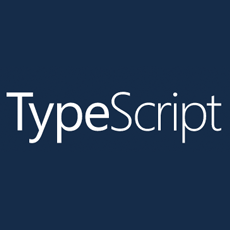 If you are a fan of Microsoft, then you ought to know that they have created a superset of Javascript --- TypeScript, which simply adds the optional static typing and class-based object-oriented programming to the language. The cool thing about is that any Javascript will be valid in TypeScript, so you can easily integrate your old Javascript code, unlike the other transpiling languages that break the original Javascript!

So, what sets it apart from CoffeeScript? It may not be possible to understand it without seeing the code, so let's write some code in TypeScript!

You need to first install the TypeScript globally through npm:

TypeScript files are normally written in .ts files. So, create a file "main.ts" and write the following code:

It will translate the TypeScript code to Javascript (main.js) code, which you can see by opening the file on the broswer.

So, now let's talk about its features!

As I have mentioned earlier that TypeScript has static-typing, so for example, if you see the compiled Javascript code in our previous example, you will see that it doesn't have any static typing as Javascript doesn’t have it!

TypeScript has added the class-based OOP features in a fashion of Java, as people already understands the Java pretty well:

Here, you can see how easy it is to create a new class with a constructor and the list that does the operation within it

ECMAScript2015 is the latest version of Javascript, which significantly changes the language. It is considered a major update over the last ES5 which was introduced in 2009. However, not every Javascript engine support ES6. Fortunately, many Frameworks support the Babel -- which is a transpiler that converts the ES6 code into ES5 code which means you can enjoy the benefits of ES6 without breaking your previous ES5 code!

This (http://ccoenraets.github.io/es6-tutorial/setup-babel/) is the best tutorial on setting up the Babel on your system (it is long, so make sure you have enough time for it!)

You can also use the "Try it out" (https://babeljs.io/repl/) page online that converts the ES6 code to ES5 code in real-time!

I have already touched the Babel in my previous article on React, so I won't talk about the language, but know that unlike TypeScript, Babel is simply a transpiler and not a language on its own, which means it simply transpiles the ES6 standard to previous ES5 standard, thus allowing you to use newer Javascript features in old Javascript environments!

Once the Chocolately is installed, then run the following commands

For more instructions, see this (https://www.dartlang.org/install/windows#chocolatey).  During installation, it will ask if you want to run the script, so write "Y" and enter to run the script (do the same again if it asks again!).

Basically, you are installing Dart SDK and Dartium which allows you to build web applications. The Dart SDK contains pub tools that have everything, including dart2js --- The Dart-to-Javascript Compiler.

Once the installation is completed on CMD, then you need to close your CMD and then open it. Create a new file "test.dart" on your desktop and write the following code (and then save the file):

Now (assuming your CMD is open already) change the directory of CMD to the desktop:

You can now see the compiled "test.js" file on your desktop! If you use WebStorm, then you don't need to install Dart manually.

So, the question is: What sets Dart apart from other languages? First of all Dart isn't designed solely for transpiling to Javascript, so many of its features may not be suitable for someone coming from Javascript. However, the language is beautiful and elegant on its own.

You can see that it follows the structure of C/C++/C# in the sense that the program's execution starts in the main() function.

You can read more about Dart language here (https://www.dartlang.org/samples) and then test the examples as much as you want.

Elm is a functional programming language designed specifically for web browser-based graphical user interfaces. It competes with graphical user interface libraries like React, althought its highly sophisticated features can be used to build any kind of applications. Elm has always been the fan of interpolation between languages, thanks to the influence it has gained from Java, it can easily interpolate with Javascript.

In order to test the language, you need to first install it through running the following command:

Now, create a folder called "elm-test" and then create a file called "test.elm". Copy the following code into test.elm:

It will create an index.html file with the code, but as we are transpiling to Javascript, run the following command:

This will create the transpiled version of Elm. For more information on interpolation, please see here (https://guide.elm-lang.org/interop/javascript.html), especially if you are going to call back and forth between Javascript and Elm.

If you notice the syntax of the language, you will realize that is actually very similar to React, but the difference is that you can do the tasks of plain Javascript with Elm.

This allows you to integrate other Javascript libraries as well, and so you are not restricted with GUI development only.

The culture of transpiling (the idea of translating your code to another language... who thought it could be possible?) is arguably a very revolutionary and innovative for today's fast-moving world and it is helpful for the general "geeks" or software development community that had to rely on life-hacks and shortcuts within a boundary of a language to do several tasks as quickly as possible. Now the boundary is broken, so too the limitation to your creativity!

Thus so far, I have compared different Javascript transpilers in a way as to keep you engaged while programming in Javascript and not get bored with web development!

If you have any further questions regarding any Transpiler, then please ask me in the comment section below! I would love to answer them for you!