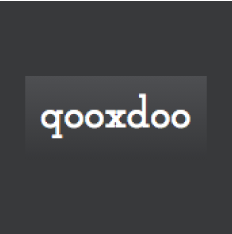 A JavaScript framework for applications development
Good 7.6
(4 Ratings)
Helps with: JavaScript
Similar to:

* Qooxdoo support the developing of interactive appliations, native-like apps for mobiles, light-weight single-page oriented web applications and applications to run outside the browser. * Using the programming concept Ajax. * Makes it possible to process user input without reloading the entire web page again. * The source code of the project are free and are available under the EPL, LGPL licenses. 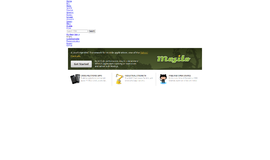 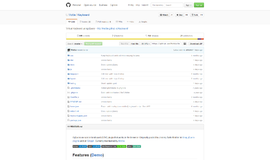 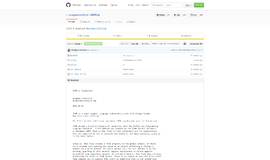 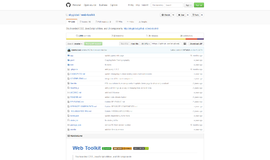 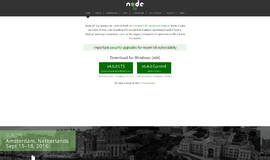 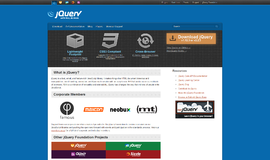 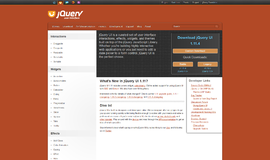 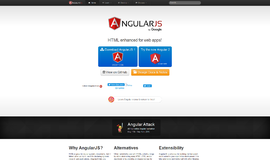 Qooxdoo is an open source JavaScript framework that has a wide graphical user interface (GUI) toolkit and a high-level client-server communication. It uses Ajax as its main method of application development and is highly object-oriented in terms of programming. It is commonly used in web applications and other interactive applications that may even run outside the browser with the use of its variety of widgets.

Qooxdoo’s development was initiated by 1&1 Internet, an active company that supports Open Source Software, and is now LGPL/EPL dual-licensed to allow users to copy, distribute, and modify the software given that the modifications are drawn and licensed for free under the LGPL authorization.

First of all, Qooxdoo programming uses purely JavaScript, which means it does not require HTML, CSS, DOM and other commonly used languages in application development in order to operate. This would save the user a ton of time that could have been spent to learn those languages. Its runtime is faster and easier compared to other Frameworks since Qooxdoo supports an extensive range of JavaScript environments:

Qooxdoo is hassle free to run since it does not require plugins such as ActiveX, Flash, Java, Silverlight, and the like. The collection of Qooxdoo devkit has an extremely versatile framework structuring due to its numerous series of platforms. Its core is class-based and is reliant on namespaces. This ignores extended native JavaScript types, thus allowing an easy integration with existing user codes and other libraries while trimming down the number of global variables. Its avant-garde GUI is on par with GUI toolkits in spite of the fact that Qooxdoo only uses JavaScript compared to others.

The Qooxdoo system is also something to look out for because it processes user input without having to reload the entire web page over again. It is open-source software which makes it more secure as the code is accessible to everyone allowing the entire internet community to help the user fix bugs without having to wait for the next software update. JavaScript parsers are completely available in Qooxdoo. This allows document generation faster and makes compressing, linking, and deployment of customized applications easier to understand by the users. Qooxdoo is a handy, easy-to-master, highly flexible, cutting-edge framework. Best used for web applications, mobile applications, and interactive applications with the use of JavaScript programming.

One of the assets of Qooxdoo is its multipurpose customizable skins (themes). It has four major customizable themes:

Each Meta-theme is composed of five parts:

The user may also create a theme out from scratch. The code below creates a custom theme that sets three color properties in a hex value, an RGB array, and a named color:

Tip: It is advised to define the decorations within the theme instead of creating manually decorator instances inside your application code. This way the created decorators can be called and used by other widgets.

Although Qooxdoo can potentially create rich internet applications, it also assists in the coding of low-level functionalities with APIs that provide several objects that are reliant on higher-level classes but can also be called and used for low-level operations. These classes from the qx.bom module provide cross-browser support classes of the browser's JavaScript background runtime.

The user may also enable or disable the widgets drag-and-drop setup.

Classes are generated using the qx.Class.define() method. This is also known as ‘closed form’ of class declaration since all of the class's properties are to be set in the constructor. Below is a code example that creates a child class, defines a static variable and a corresponding member that can access the variable:

Another asset of Qooxdoo is the Mixin, a type of multiple inheritance that is not too common in other programming languages. Unlike interfaces, mixins includes code to execute instead of requiring a class to perform the contract. Mixins only cover a single aspect of functionality so it tends to be shorter. They are declared by qx.Mixin.define(name, config).

Qooxdoo's unique Atom widget, which is also not too common in other frameworks,  combines an image and a label. The Atom allows alignment options and shrinking of the label, while maintaining the image untouched. Below is an example of adding folder icons to items.

There are so many innovative features that Qooxdoo can offer such as Rich Ajax Platform (RAP), used to create rich Ajax Web applications on  Eclipse IDE with  Qooxdoo for the client-side display, Qooxdoo Web Toolkit (QWT), which allows the user to write their Qooxdoo application in Java and then translates it into JavaScript, and other superb platforms and widgets that are all found and improved in Qooxdoo.

In this era of fast growing innovations, developers need to have an edge towards the landslide competition in order to produce efficient and globally qualified creations. In the world of application development and programming, Qooxdoo has already grown in popularity due to its excellent potential, reliability, and flexibility. Qooxdoo is the new trend in Web applications and interactive applications because of its outstanding aid in application construction with its very minimal skill requirement for advance operations. Qooxdoo is highly customizable, user-friendly, and open-source, meaning many sample applications and help for Qooxdoo sprout up on the internet, thanks to its big and active community. For developers who are familiar with the Java programming language this is the perfect tool in creating your very own high-end application.