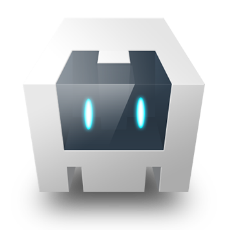 Apache Cordova is an open-source mobile development framework. It allows you to use standard web technologies - HTML5, CSS3, and JavaScript for cross-platform development. Applications execute within wrappers targeted to each platform, and rely on standards-compliant API bindings to access each device's capabilities such as sensors, data, network status, etc.

* Extend an application across more than one platform, without having to re-implement it with each platform's language and tool set. * Deploy a web app that's packaged for distribution in various app store portals. * Mixing native application components with a WebView (special browser window) that can access device-level APIs, or if you want to develop a plugin interface between native and WebView components.

Cordova or Apache Cordova is a very popular framework to develop mobile apps that were formerly known as PhoneGap. Cordova uses CSS3, HTML5 and JavaScript to enable the coders to build apps instead of using the usual APIs.

The main feature of Cordova is to enable the coders to write mobile apps with HTML5, JavaScript and CSS3. This is very useful because there are a lot of web developers who mastered the aforementioned languages and now they want to move to the mobile apps. These apps are built in a completely different way, but they also use different languages. Cordova lets them use their favorite programming language to develop mobile. By extending the features of HTML and JavaScript, Cordova will let you work with the device. This means Cordova is creating hybrid apps, which means they are not completely native because instead of the native UI, they are using web UI but they aren’t totally web-based either.

One of the top features of Cordova is to let you create apps for almost any device in the mobile market. There are many frameworks to create apps for Android or iOS, but Cordova can create apps for these and many more like Bada, BlackBerry, PlayBook, BlackBerry OS, Firefox OS, Symbian, Tizen, webOs, Ubuntu touch and Windows Phone along with FireOS, LGwebOS and Windows. With so many platforms to export your products to, it’s easy to understand why Cordova is chosen by so many developers to create their mobile apps.

About the pricing? It is free and open source. That’s another reason to be chosen by many. It is a quality product that, on top of all, it’s free. There are some retail versions built on top of Cordova that offer you more functionalities and additional perks, but just the free open source version is enough to create great apps that are being sold in Apple Store and Google Play. The license they are working with is the Apache License 2.0.

Besides allowing you to use HTML, CSS and JavaScript to develop hybrid mobile apps, there is much more with Cordova, because these apps are cross-platform. Although you can’t just code once and deploy in all the platforms, with very little retouching you can use the code you used to create an Android App to deploy an iPhone app. This is great because it saves you time and money, although it hinders the user’s experience. There is no discussion that the best apps are native. Hybrid apps can be good, and there are many good ones as well, but they can never match the experience of a native app. The speed and the user’s experience is always much better when native.

Cordova has been criticized because of many low-quality apps released with them. This is not Cordova’s fault per-se, but a result of the porting easiness. When you make it so easy to port an app from one platform to another, some developers may forget the user’s experience and just focus on having the app deployed on as many devices as possible. While this is great for the developer, it is not so good for the customer. However, what makes a great app is the developer, not just the tool. There are many good apps made with Cordova as well.

About the tools, there are many tools to use with Cordova, which may or may not be paid apps. The most popular one is Adobe PhoneGap which is basically the same but with many more perks and distributed by Adobe. Ionic is a front-end SDK built on top of Angular.js. It also provides the platform to integrate push notifications and analytics. Monaca is a cloud-powered set of tools to work with Cordova. There are many more, but these were the most usual ones. Cordova is so big that you can find many tools built on top of it.

The community around Cordova is huge. There are many users developing apps with it because, after all, it is free and cross-platform. Many web developers switched to mobile apps and, by using Cordova, they don’t need to develop a new set of skills. Since there are a lot of web developers, and many of them are switching with Cordova, the community is so big that is difficult you won’t find help if you need it. It is an open source and free platform so don’t expect a professional customer support but still, you will find a great community willing to help. There are many forums and many tutorials online as well as eBooks to get started with Cordova.

If you are a web developer who wants to switch to the mobile app market, Cordova is a great option. You won’t need to learn anything new, just program in your favorite language and compile to the platform you want. Cordova is free and open source so you won’t have to pay to buy it or pay any royalties for your deployed apps. The community around Cordova is great and you can find a lot of manuals, forums and eBooks on the Internet, however that is not professional support but hey, it’s free. The only drawback is that, due to the fact that Cordova is just wrapping the code, the apps are heavier and slower than native counterparts however, this doesn’t mean all apps have to be oversized and laggy, there are many successful apps built with Cordova both on the iOS and the Android ecosystems.