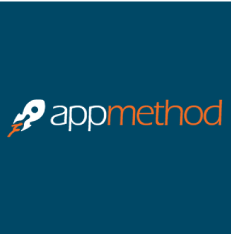 Appmethod is a complete multi-device app development platform for apps across any device or platform. With a robust end-to-end solution, developers can build amazing client apps, connect to any cloud service, and integrate Enterprise data with ease. Appmethod's Enterprise Mobility Services gain secure access to Enterprise SQL databases and custom APIs with an easy to manage middleware solution.

* Multi-Device Apps Without Limits * Appmethod allows developers to target the most popular devices on the market (including wearables like Google Glass) without compromise. Other cross-platform tools are limiting or restrictive, making tough decisions on trade-offs a regular part of a developer's life. Appmethod delivers a flexible and extensible component framework that allows developers to create apps up to 20x faster without compromising performance, user experience, or platform API access. Natively Compiled Apps. * Natively compiled languages, like C++ and Object Pascal, run directly on the device CPU providing the best app performance possible. With direct access, easily integrate platform APIs as needed. With native apps, there is no black box to work around. Instead get direct access to the device platform and all of its capabilities. * Appmethod's visual development environment drives productivity by providing a design surface with the proper form factor for the most common phone and tablet devices as well as desktop forms. User interface development becomes a rapid prototyping experience with prototype data or with live data from SQL servers and REST/JSON requests. Generating event handler from a user interface is a button click away, making code integration fast and easy.

Appmethod is a solution to create native apps in different platforms at a time. Appmethod works for iOS, Android, Windows and OS X. This product is created by embarcadero and shares the same IDE as C++ builder, RAD Studio and Delphi.

Developing apps has changed in the past few years. Now when you develop an app you usually have to do it in several platforms at the same time and this is quite difficult. Cranking out apps in C++ is not the easiest way but it may be a great solution to make apps for different platforms. Even when you have the necessary know how you still have to make a lot of trial and errors to reach the goal. So, there are quite a few solutions promising us we can just code once and then deploy in multiple platforms. Sounds good but the truth of the matter is it isn’t completely true. While many of these solutions can do what they say, it only works in at the theoretical level. When you put that into practice you run with incompatibilities and problems and finally you can reuse part of your code for every platform, but you have to code some for the most specific parts.

The biggest problem when developing in a cross-platform environment is the UI incompatibilities. Some platforms support some buttons, others don’t and a large list of problems arises. Appmethod fixed this by using a drag and drop method to choose from a whole lot of buttons, icons and gadgets that you can use for your app and build the UI. You do that without any coding, just by drag and drop. This is great because it’s easy but it is also cool because these buttons are already preset so that they work on all the compatible platforms and they will be deployed differently on each one, but making them work. And there is more about this, they are native. When you choose a button, or an icon or whatever from the drag and drop menu and you add it to the UI, Appmethod is using a different native code for each platform. It’s not a wrapper, it’s not an interpreter, it is 100% native code.

But this feature isn’t just about UIs, it also works for everything in the program. Appmethod uses a series of APIs (application programming interfaces) in the same way as explained before in the UI. You choose the one you want and then you put it in your app and Appmethod will use the native code of each element on the different platforms. Appmethod also has good data exchange methods for your apps, you can use SOAP (Simple Object Access Protocol), REST (Representational State Transfer) and JSON (JavaScript Object Notation) protocols. You can also use third party APIs like App42, Kinvey and Parse.

So, what’s the catch? Because it must be a catch. Yes, there is a catch indeed. Appmethod is nothing new actually. It has been sold for years already but not marketed like that. To make things simpler, Appmethod is just the very old Delphi using the Firemonkey framework for cross-platform. Nothing more, nothing less. It was actually sold as RAD studio before so, if you already have RAD studio, you have nothing new by purchasing Appmethod. Is there any difference between them? Actually there are two main differences between Appmethod and RAD studio. The first one is the Delphi framework to create windows applications, the VCL. You can still create apps for Windows and Mac OS X by using the Firemonkey framework provided with Appmethod. The second one is the price.

There are many offers and many plans but to make it short RAD studio is sold on a perpetual license of $2500 while Appmethod is an annual subscription of $299. This is before applying discounts, coupons and other marketing stuff. If you are an enterprise, then you are unlucky and you will have to pay $999 per license and year.

But there is another catch. Appmethod has been merged with RAD Studio in the later months so, the future of this line is unsure. Embarcadero, the company behind it, has also been bought by another company and now it’s not clear where is the product going to. The official website says it will be merged with RAD Studio 10.1 but offer no more details about what this is about. Will you have to pay the full RAD Studio license or will you be offered a discount? You may have to pay the full license and, since Appmethod was created from RAD Studio and now they want to merge it back, seems they just wanted to get some customers by lowering the price of a part of their product to then try to sell the big one.

It was a nice marketing plan. We take a good and very expensive product we have, we strip it off the unnecessary parts to build mobile apps and we sell it cheap. Then a lot of customers will come and buy this version because it really suits their needs and it comes at a very affordable price. Let then learn how to use it and get some training. After a while, when they are committed to the product, they are developing apps and everything is going great for them, we just discontinue it and merge it with the original big and expensive program they don’t need. They can now pay us the money we want or they can move to another platform and start training again. As a marketing plan, it was good. But for users this is quite “abusive” and is something we really dislike. Oh, and the product was a really cool one, with nice features and all, quite a shame you can’t use it anymore and you have to buy RAD Studio, which is more complete and way more expensive.