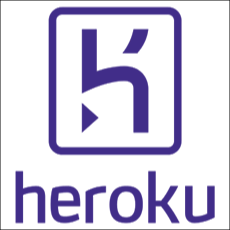 Heroku Enterprise gives developers the flexibility to create apps using the languages and tools they already love — while retaining the trust and control enterprises require. Heroku is a cloud platform that lets companies build, deliver, monitor and scale apps — we're the fastest way to go from idea to URL, bypassing all those infrastructure headaches.

* Heroku runs your apps inside dynos — smart containers on a reliable, fully managed runtime environment. * The Heroku Developer Experience is an app-centric approach to software delivery so developers can focus on creating and continuously delivering applications, without being distracted by servers or infrastructure. * Heroku Elements let developers extend their apps with Add-ons, customize their application stack with Buildpacks and jumpstart their projects with Buttons. Add-ons are 3rd party cloud services that developers

Heroku Enterprise is a Platform as a Service (PaaS) that supports many different programming languages and is mainly used as a Web Application Deployment model. Heroku has a long story behind it but since 2010 has been a part of Salesforce.com. When it was released it was an environment for Ruby but as of now it includes more languages like Node.js, Java, Clojure, Python, Go, PHP and Scala. Heroku enterprise is a version of Heroku much more focused in companies.

Heroku Enterprise is a cloud service that lets you develop apps in the cloud and this works in basically two main categories. The first one is the deployment of such apps and it works in the following way:

The source code, the related dependencies and a Procfile are the main content for the development. The Apps are sent to Heroku in many different ways like GitHub, Dropbox or with an external API for that purpose. The build-packs of the app are called slugs which are a combination of the runtime, the code, the dependencies and the generated output that is ready to execute and the next thing is the configuration variables which are all the customization data that has nothing to do with the source code and can be changed. Then there are the add-ons which are the cloud services that we will explain later.

In Heroku you will be used to virtual Unix containers called Dynos and the dyno formation for each application will be the total of dynos that are being executed at the moment divided between the different processes that the developer has scaled. The dyno manager is the one that manages the dynos among all apps that are running at a given time on Heroku. This is a brief summary about what Heroku is, but now let’s point out the benefits of using the enterprise version of the same.

Basically, Heroku enterprise is focused at big companies with many different development teams worldwide. With their wide range of services to manage the processes, the resources and the users as well as a lot of different access controls and private spaces for each group. By bringing different development teams into a common workspace it is much easier to build apps together. The unified dashboard will allow you to take control of the processes, resources and users by managing and administering them. The runtime stack is resilient and scalable to let you create apps with peace of mind and all of this is made with the trust and the name of a company like Heroku and Salesforce.

Heroku Private Spaces are a very useful feature of Heroku Enterprise. Putting it in simple words, a private space as a part of the Heroku Enterprise is a group of apps that is completely isolated from the network, with their own runtime environment and located in a region you want. With this, your apps will be connected to other cloud services like Salesforce. This is especially useful because they are very private with their data services with additional security layers like Postgres EX, Connect EX and Redis EX. Since your apps are running into private dynos (the Unix containers) and they are all connected to the private network letting them communicate you can compose new application architectures by using modular services. Since every private space has a different runtime that is dedicated just for these apps, even high-traffic apps will have low latencies. These spaces can be deployed to any region.

The access controls are managed with a set of access privileges to ensure each one has their right privileges while they are sharing an application portfolio to increase the productivity. Besides that, you can also use Heroku Connect which is a way to share data with Salesforce. This means you can combine the salesforce and Heroku platform in almost real time. This is done by connecting the app via Heroku Connect directly to Salesforce. And now let’s go for the hard part of all this, the pricing. The problem is that the company doesn’t provide the exact price for Heroku Enterprise, they just state their price per dyno, which is not really what you want to know. The price per dyno can range from 7 bucks per month to 500 per month depending on the memory allocation and many other factors that are not specified in their website or anywhere else. The good thing about this pricing is that it is easily scalable when you are in need of more dynos but, since there is not clear pricing it is difficult to know how much you are going to pay before you contact their sales team and this is not counting the costs of the Heroku Redis, the Heroku Postgres or other add-ons described in their website.

After reading their website carefully we had no clue how much we would pay for a given service, and the only way is to contact their sales team.

If you are a big company and you are looking for a PaaS that enables you to deploy your apps worldwide with reliability and scalability this may be your choice. Their features are very good compared with other options in the market and they are trusted by many big companies like Citrix. Their servers work very well and their downtime is meaningless, if any. The major drawback about their services is their lack of support for indie teams or small teams. While they have support for them, the plans designed for these individuals are not good and there are many better options in the market. Their pricing is a mystery and it is difficult to know how much you are going to pay unless you contact them directly and explain your case.