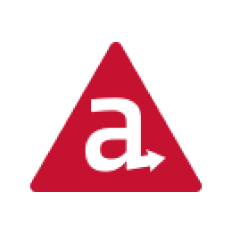 Appcelerator is a Mobile APIs and Real-time analytics, allows to Build native cross-platform apps at mobile speed —with no hybrid compromises. includes SDKs, services and tools for creating, testing, and managing your mobile and cloud applications.

Despite being one of the most used platforms to develop apps, there are many turn-offs about it but first we will go for the good things you will get with the Appcelerator Platform. Probably, the best of all of them is the fact that makes the creation process a very smooth and fast task. Creating a prototype with Appcelerator Platform is very easy and things that may cost you weeks with other platforms can be made in a couple of days with the Appcelerator Platform. Another very interesting option is to use native toolkits, this way you will be developing native apps which always run faster and look much better for those using native experiences. The language to be used in the Appcelerator Platform is JavaScript, which is a web programming language and many programmers are used to it. Since it is using this programming language it is much easier to interact with web services. For example, thanks to using JSON, when you receive data from a network you don’t need any parsing, extraction or conversion to assign it to variables. When it comes to assets for your apps, Appcelerator Platform has a nice marketplace where you can buy them, and there are a whole lot. Extensions, templates, modules and graphics. Even cloud services are offered in the marketplace. The fact that is a framework and it all comes bundled is a great advantage, you have everything you need in just one platform. If you are used to the Appcelerator Platform you are in a huge community, so it is easy to find a company using it, making it easier to find a job and these are the good things of Appcelerator Platform.

However, there are many drawbacks. The first thing is that it is not a visual interface and you will have to code a lot. Everything you do is done in JavaScript and then an interpreter takes the code and ports it to the native language. This sounds pretty cool but the fact is there are many bugs that, after many years, keep there without a solution. For example, one of the biggest flaws of this system is that sometimes the output lags with unexpected crashes. The code was working fine whilst on JavaScript, but when the port is made something wrong happened and now the code is corrupted and full of bugs.

There are official forums where you can ask your concerns but, the sad truth is they are useless most of the time. They are very biased and the owners will remove any post or comment that may ask uncomfortable questions or are just complaining because they paid a lot of money for a platform that is creating more problems than solutions. But criticism is not allowed in the forums, if you have any complaint and you dare to post it in their forums you can be sure it will be deleted.

The way to monetize your apps is usually in-app purchases. It is current trend and 72% of the global revenue on apps come from this method. If you are developing apps with Appcelerator platform you’d better look somewhere else to make money because their app for that is StoreKit which is really buggy. Many things won’t work as expected and, since it is the most important part of your software if you want to make money, it is better you stay away from it.

Also, the Appcelerator Platform is not really as cross-platform as it claims to be. It is in the way that you can create apps for different platforms but it doesn’t follow the rule of “code once, port many”. You can reuse some code from one platform to another but still, you will have to develop a different app for each platform.

And now comes the price. Appcelerator Platform isn’t free and is actually expensive. Just the indie version has a price tag of $400 per year, which is a lot of money for an indie version considering it doesn’t include the modules and other perks you will need in the long run. To get these you have to purchase the pro version, tagged at $1200 per year. This is a huge price to pay considering they are per-seat licenses so go figure out how much you are going to pay if you have 5 guys in your team. There is another pricing plan, the Enterprise version. This plan doesn’t even have a price tag, they have the “come and ask” policy.

Appcelerator was open source and, all these flaws were forgiven because of that. If you aren’t paying for a product you can’t really complain. But what the developers did here was to start charging for an open source product without raising the quality. Appcelerator is used by many because it was free and they got used to it but these developers are running away from it because of the high price tags and the lack of real support. What can be done with Appcelerator can be done with cheaper frameworks, and some are free as Appcelerator once was. Honestly, the biggest reason to stay with Appcelerator platform is that you got used to it and you are stuck but, if you are looking for a framework for yourself you’d better stay away from this one.