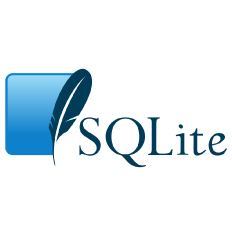 SQLite is a relational database system.It supports ACID, and implements most of SQL (Standard Query Language). Unlike many other relational databases, SQLite whole system is linked to the application that uses it, so a separate ODBC connection, the database manager or database server is not required. The database itself can be regarded as entirely computer memory, or stored in a single file that is locked in for a period of transactions.

◾Transactions are atomic, consistent, isolated, and durable (ACID) even after system crashes and power failures. ◾Zero-configuration - no setup or administration needed. ◾Full SQL implementation with advanced features like partial indexes and common table expressions. ◾A complete database is stored in a single cross-platform disk file. Great for use as an application file format. ◾Supports terabyte-sized databases and gigabyte-sized strings and blobs. (Seelimits.html.). ◾Small code footprint: less than 500KiB fully configured or much less with optional features omitted. ◾Simple, easy to use API.Written in ANSI-C. TCL bindings included. Bindings for dozens of other languages available separately. Well-commented source code with 100% branch test coverage. ◾Available as a single ANSI-C source-code file that is easy to compile and hence is easy to add into a larger project. ◾Self-contained: no external dependencies. Cross-platform: Android, *BSD, iOS, Linux, Mac, Solaris, VxWorks, and Windows (Win32, WinCE, WinRT) are supported out of the box. Easy to port to other systems. ◾Sources are in the public domain. Use for any purpose. ◾Comes with a standalone command-line interface (CLI) client that can be used to administer SQLite databases. 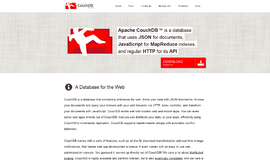 A Database for the Web. 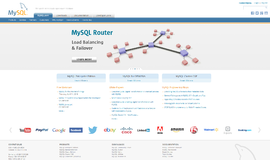 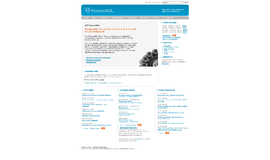 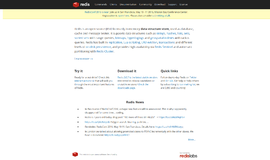 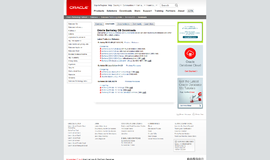 SQLite is public domain software that provides a relational database management system. The “lite” in SQLite means that it is lightweight because it has nothing to install and nothing to configure. It is an embedded database engine that directly reads and writes into ordinary disk files because unlike other databases, it has no separate server. It packages the database into one single file with a cross platform format that contains the layout of the database and the actual data stored in the various tables. It is well suited to embedded systems because of its small size and conservative resource use. Unlike other RDBMS, SQLite uses dynamic-type system for tables which allows us to put any value in any column regardless of type.

SQLite was designed in the spring of 2000 by Dwayne Richard Hipp while he was working for General Dynamics that was on contract with the United States Navy. He based the semantics and syntax of SQLite on PostgreSQL 6.5. His aim was to design SQLite to be operated without installing a database management system so that a database administrator wouldn’t be a need anymore.

SQLite has the following features:

What is SQLite good for?

Some SQLite roles are similar to those client-server RDBMS products and some of its roles were to fill in the gaps of other database management system. For example client-server RDBMS needs a lot of upkeep as a result it limits how and where it can be deployed. SQLite fills in this gap by providing a tool to store, organize and manipulate data to make it smaller. The purpose of SQLite is to complement rather than replace the larger client-server RDBMS in circumstances where simplicity is more essential than capacity.

Here are some advantages of SQLite:

Let’s assume you have already installed SQLite in your computer. Run sqlite3.exe, It will show a Console Application that will allow you to work with SQLite databases.

This command will let you connect, create a new directory, and navigate to the newly created directory.

We will create a database and name it ‘demoDBtest.db’

After creating the database, this information will show:

Example to create a table inside the database we created:

This command creates a table called EMPLOYEE inside the demoDBtest.db database. It has five columns named ID, NAME, AGE, ADDRESS and SALARY.

To show the list of tables in the database, use this command: .table

To view the table structure, use this command: .schema <table name> It shows the original CREATE statement including all its indices.

Insert data to the table:

To fetch all the inserted data:

To fetch only selected fields/columns:

Above query will produce the following result:

To update a column/field: Example we will update the address of the employee with ID = 6,

Now, EMPLOYEE table would have the following records:

Let's assume that employee Peter is no longer working in the company so we would like to  delete his records to our database. The command should be like this.

This basic overview of SQlite should help clarify whether it is ideal to use SQLite, as opposed to a full-blown RDBMS like Mysql or Postgres. SQLite has wrappers and drivers in all the major languages and can keep running on general systems. In the event that you want to dive in deeper, there are lots of references available on the net. Good luck, and have fun learning SQLite.