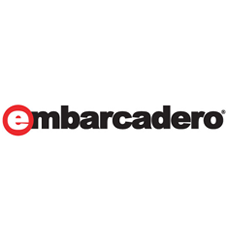 * RAD Studio features the FireUI Multi-Device Designer and cross-platform UI framework that delivers the only true single source solution for natively compiled applications. Most other vendors who support native cross-platform development require separate user interfaces to be written on each platform. * Mobile developers can finally build a common, native look and feel UI that works across multiple form factors of mobile phones, tablets, and desktop systems – all at once! From the user interface code through the rest of the complete client software stack, your apps can access platform APIs, device sensors and services, and deliver the best app performance with native GPU and CPU support all from a common and shared code base. * RAD Studio enables developers to harness the power of IoT (Internet of Things) solutions. Developers can seamlessly add new capabilities to existing desktop and mobile applications by integrating devices, sensors, enterprise data and cloud services.

Free Trial No Card,
By Quotation

RAD studio is an IDE designed for professionals which includes almost anything you need like Delphi and C++ and also a development suite with many useful tools for Windows, Mac and many other platforms.

RAD studio is one of the most complete IDEs to create cross-platform apps but mostly for Windows, Mac and mobile phones. RAD studio has integrated Appmethod and now Embarcadero, the developing company behind RAD studio, only offers this program as a complete IDE.

There are many features in RAD studio. It integrates Delphi and C++ builders and now it is optimized for Windows 10 as well.  This IDE has everything you need to develop cross-platform apps. You can use C++ or Delphi to build your apps and also has a way to build graphical programs via drag and drop. The environment uses Firemonkey to do the drag and drop development and it works really well. Once you start RAD studio it will create a lot of code for you depending on the kind of app you want to build and, by using the drag and drop system, you can build most of the UI without having to code anything. After that you can compile it to any platform, which is a great way to code once and deploy to many marketplaces.

RAD studio has around 3 million users around the world and is one of the most used IDEs to work with Delphi and C++. This product is frequently updated and always has top-notch support. The latest installation of RAD studio is designed to make the most of Windows 10, which is really important now that there are around 80 million users for this OS around the world. The fresh styles and the new capabilities of Windows 10 are supported as well. Basically you can code for Windows 10 and later you can port it to Mac OS X, mobile platforms and even the Internet of things devices. With this new installment, Embarcadero expanded the VCL with new components to be inserted into the applications in a visual way as well as adding new controls and adapt the existent ones to the new OS.

Firemonkey has been overhauled too. The acclaimed platform to develop cross-platform apps in just a single process has been upgraded to support the new features available in Windows 10. Clang, the C++ compiler, was updated in the same process to get the maximum speed possible running under Windows 10. But it is not just about Windows 10 upgrades, it can also allot 2x more memory than the previous versions of RAD Studio.

Talking about Firemonkey, this is the most useful feature in RAD studio if you want to develop mobile apps. Basically you will be presented with a lot of buttons, icons and gadgets and then you can choose from them and place them on your app by dragging them to the UI. No coding, nothing else. But that’s not all, once you have placed the buttons on the UI, RAD studio will use native buttons for each mobile platform. For example, if you want to use a button and you drag it to the UI and then compile it to iOS and after that compile it to Android, Firemonkey is not going to create a button for iOS and then use some porting method like wrapping or cross-compile it to Android. Instead of that, Firemonkey will create a native one for iOS and then choose a native one for Android.

RAD studio also features a good deal of APIs (Application programming interfaces) to create programs in an interactive way instead of just by coding. Everything you do by this method will be compiled in a 100% native way. The data exchange methods available in RAD studio are many and include SOAP (Simple Object Access Protocol), REST (Representational State Transfer) and JSON (JavaScript Object Notation) protocols. RAD studio also offers support for other third party APIs like Kinvey, Parse and App42.

So far, so good but now let’s talk about the price. This is where things get ugly with RAD studio. It is very expensive and depending on the license type you are purchasing you will pay from $2900 the cheapest to $6500 the most expensive in a more or less perpetual license. We say more or less because, although you are entitled to a perpetual license, this doesn’t include future upgrades of the product. And they offer like one upgrade per year so, if you want to have the latest product you end up paying that price per year, or even more. They also offer great support, but you have to pay more as well.

There was a discounted version of RAD studio in the past called Appmethod which didn’t offer all the capabilities of RAD studio but was good enough to create mobile cross-platform apps. But they discontinued it and included it in RAD studio so now, if you want to use it, you have to purchase the full version which is outraging for many developers.

RAD studio is a very professional tool designed for developers who want to use Delphi and C++ to create apps for almost any platform. It is solid, doesn’t have many bugs and works perfectly. The apps you create with RAD studio are native of every platform and there is no cross-compiling or wrapping around the code so, performance is great. However it includes many unnecessary features for every programmer and the price is still the same. For many developers, just using what was before Appmethod was enough but they wanted to squeeze as much money out of developers as possible and discontinued it to offer just the very expensive RAD studio. If you are willing to pay the price, RAD studio is a great option.