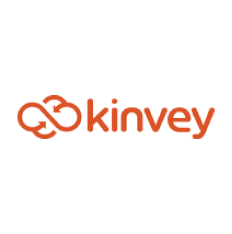 * Enable business agility - Reduce time to market with on demand services using any development skills available (internal or partner). * Powers any app - Deliver any use case using a complete set of frontend and backend features that are always current. * Meets IT standards - Leverage microservices for consistent, secure integrations of apps to your backend systems for data, authentication and business logic — at scale.

Kinvey is a BaaS (Backend as a Service) platform for mobile apps. Kinvey is among the top BaaS providers but that’s not all they are offering. They also offer a full development platform where all your coders can work at the same time without being in the same place.

Using a BaaS is a great idea for many mobile apps, and this is even more critical when the app is having some success and is gathering more users. Having to escalate the servers is a real hassle for many companies because they already have their dose of coding by escalating the app itself. Managing the server stack that is necessary to power any modern app is something that is better done by specialists and not in-house. There are many BaaS providers but Kinvey has some features that can only be found with them, or at least they are not so standard in the industry.

For example, with Kinvey you have the option to run the app in a dedicated private cloud instead than the usual platform. Why is this useful? First, if the cloud is dedicated and private you aren’t sharing your proprietary data with anybody. In nowadays industry ecosystem it is very difficult to know who you can trust and who you can’t so, the less you share your data the better. But it is not only about trust, sometimes it is about laws. Some sensitive industries require the companies working on them to comply with government regulations like PCI and HIPPA, and these regulations preclude these companies from installing sensitive data on public cloud services. These companies are for example insurance companies, financial services, pharmaceuticals, medical and gambling. By using this service, you can use your HIPPA or PCI certification.

The servers are installed on-premise and once this has been done by Kinvey, the service ties them to their service and then they manage them, while they are on your premises. Of course, this service can be upgraded with many add-ons for the developers and the portal can be customized on demand. With this service the there is no risk of the data to leak out and can provide mobile backend features, authentication service and access to the enterprise data in the meanwhile. So, their customers can deploy apps for the end client, for their employees or for their partners and the data is still under their control. Of course, the dedicated platform uses a powerful firewall and all network communications are encrypted.

This service offers support for mobile apps running on Android or iOS and also HTML5. There is support for tools like Appcelerator Titanium, Node.js, PhoneGap, Backbone.js, Angular.js and some others as well like Windows and Blackberry have open-source libraries for their customers.

What is also very important about Kinvey is they are independent. BaaS platforms are very sensitive because they may be handling your private data, and you may not want this data to be in the hands of some companies. Parse is a direct competitor but, it is owned by Facebook. Of course, there are laws to prevent Facebook from using the data given to Parse but still, they have the data in their hands. By being independent, you can be sure your data will not be shared to any big companies. Or at least, you know they don’t have it already.

So, what is the price of all that? It depends on your success and how much power you want behind you. BaaS providers usually offer different prices depending on the volume you need, and Kinvey is no exception. However, their pricing range is quite interesting for single developers or startups. A single developer with just one environment per app and 1gb data storage is free. It is also a good way to try their service if you want to escalate it later. The startup price plan allows you up to 3 admins and two environments per app with a total of 10gb data storage. This plan is sold per $200 per month and app, which is not too much considering the prices of the competitors for plans like this. The business plan offers much more perks like data backup, DR, and many more with unlimited admins and 30gb storage. It also offers optional HIPPA compliance and cloud cache. This plan has a $2,000 price tag per month and app and must be paid annually which means you will have to pay $24,000 in one go. This is quite a lot of money but it is aimed to big companies. The enterprise plan offers even more but they don’t show that price tag in their website.

If you have a mobile app you have a lot of things to manage, and the backend servers shouldn’t be one of them. Once your app has grown up a but you will need to escalate the servers and it can be a real pain if you have to do it by yourself or if you have to do it in-house. Kinvey manages that for you and lets you focus in the most important, the app. They are HIPPA compliant and offer a great security, even letting you the servers in your premises so that they don’t have the proprietary data on their servers. Kinvey is a great solution for small and medium enterprises that are growing up and may have to escalate these services in the future, with a reasonable pricing plan and support. If you are considering to use a BaaS for your app, take a look at Kinvey’s offers, they could be the ones you need.