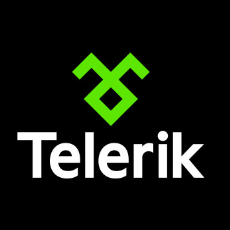 The Most Complete UI Framework to Speed Up Your HTML/JS Development. Build rich, smart HTML5 and JavaScript apps for any platform, browser, or device.

* 70+ UI Components: Get any UI component you would ever need for your app - from the must-haves Data Grids, DropDowns, Menus and Buttons to the advanced line-of-business UIs, such as Charts, Spreadsheet, Gantt, Diagram, Scheduler, PivotGrid, and Maps. * Beautiful Themes: Choose from dozens of ready-to-use themes to make your app pop without writing any CSS. Some of our most popular themes are: Material Design, SAP Fiori, and Office 365. A simple StyleBuilder tool further lets you customize those themes. * Smart UI for Any Screen Size: Build cross-platform web applications delivering experience tailored to the user's screen size on desktop, tablet and phone. All components integrate seamlessly with grid-layout frameworks, such as Bootstrap and Zurb Foundation. Learn more about Kendo UI responsive capabilities. * Easy to Learn and Use: Kendo UI uses a common JavaScript language and standards so that it’s easy for any JavaScript developer to get started. You can get ready-to-use sample apps saving you time to include the needed Kendo UI libraries and set-up the components in your apps. * Working with Data Online and Offline: Leverage Kendo UI DataSource component for easy and powerful data-binding to local and remote data, offline storage and support for all popular web services, like REST and OData. * Integrates with AngularJS: Kendo UI works seamlessly with AngularJS 1.x and 2.0 Alpha so that you can build apps the Angular way - declarative data binding, routing, form validation, and many other functionalities. All Kendo UI components support AngularJS directives. * Export Excel, PDF, and PNG: Manage common office documents in your apps. End-users work with tons of office documents like Excel, PDF, and PNG. Enable them to easily export those documents with the advanced exporting capabilities of Kendo UI. * Works with all browsers: Leverages latest HTML5/JS features for modern browsers, while maintaining compatibility with the old. * Unlimited Product Support: We’re proud to provide a support service that our customers love. Kendo UI offers unlimited support delivered by the engineers of the product with a 24-hour guaranteed response time, Monday through Friday.

Kendo UI provides users with ‘out of the box’ themes and resources for building custom themes using the Kendo UI Themebuilder. It also provides widgets that are convenient for creating the user interface for your web apps. Kendo UI has integrated effects functions to support visual transitions that happen on widgets used in creating applications. Also, the Kendo UI framework supports a high-end performance templating engine. This is a fundamental feature in Kendo UI based on the premise that a significant number of JavaScript front-end design  projects requires templating .

Kendo UI provides a data source component which is essential to how widgets connect to data streams and it supports standard create, read, update and delete transactions when connected to local or remote data sources such as XML and JSON. Users can expect to implement traditional aggregation, filtering, grouping, and sorting operations which are supported by the component with minimum fuss to local or remote data sources. Kendo UI offers users very nice data visualization implementation through the Kendo UI DataViz which is an API that provides developers with line, bar, pie, and scatter diagrams that can be rendered in apps. Users can expect to display charts created with Kendo UI in many browsers (both desktop and mobile) with little or no issues as it renders pictorial data in SVG or VML. And speaking of browsers and mobile device compatibility, widgets in Kendo UI provide support for mobile browsers , touch and mobile devices. The support for touch input also extends to drag and drop interactions for DOM elements.

However it has been reported that the vendor has discontinued support for some older browser versions such as IE6. Furthermore, the standard Kendo UI framework utilizes the JavaScript language which makes it easy for JavaScript developers to get familiar with the tool.

Kendo UI provides ‘getting started guides’ for new users and compliments its documentation with demos and code samples. Beginners and intermediate users can access a large amount of tutorials that provide answers to frequently asked questions and definite examples.

It has a broad user community who interact via forums and blogs. For the uninitiated, there are several training courses you can take to broaden your knowledge and skills sets with this tool and if you are up for a certification exam, you can sit for the Kendo UI developer certification which gauges your experience with the Kendo UI framework. Developers who pass the exam receive a certificate, certification badge, membership in the Kendo UI Certified LinkedIn Group, and some other diminutive mementos. Subscribers or members who have paid for support can have easy access to the official forums for Kendo UI members.

The Kendo UI framework is released under a commercial license and the Apache 2.0 license. The version released under the Apache 2.0 license is known as the Kendo UI Core which is the free, open source version. Users have access to a restricted number of widgets and framework features which makes it appropriate for open source projects which do not require intricate UI, or visualization features. Users of this distribution do not receive dedicated technical support from the technical support team but can use it for both commercial and non-commercial projects.

Kendo UI framework is bundled as part of numerous product packages that prospective users can choose from. These packages include:

Subscribers who use the commercial version of Kendo UI can expect to receive assured response to submitted support requests managed by a ticketing system. The vendor provides updates and service packs for its commercial solution on a regular basis.

For those with accessibility concerns, you should know that Kendo UI framework provides keyboard accessible widgets, helps to optimize user experiences on devices like the screen reader and  supports ARIA attributes. As previously stated,  you can work with Kendo UI data source tools to connect  to local and remote data sources and developers can support regular  office documents in applications created with the framework. It provides integration with popular frameworks like AngularJS which helps developers to build applications using the AngularJS mode as all its components support AngularJS directives.

Developers should note that the tools or components you can access depends on the version you are working with. Tools such as the charting components, grid, pivot grid, and spreadsheet are under the commercial version of Kendo UI but  the core framework still contains components for templates, data binding, interactivity and UX  etc. The vendor has an ongoing initiative for taking contributions from the community of Kendo UI users and developers and provides a GitHub repository for submissions and for documenting known issues.