Unity and UDK are among the most popular SDKs to make games. Unity is an independent tool developed by Unity Technologies while UDK was developed as a tool for Epic Games programmers that turned out so good they decided to sell it as a standalone product. In this this review, we will cover the most important features an SDK should have and compare each of them. 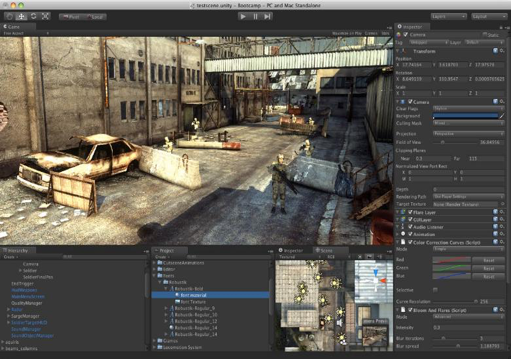 Unity's interface is very customizable and clean. Everything you need is accessible in one click in most cases and if not, there is probably an option to make it so. You can customize the UI in as many ways as you want and you also have the option to detach windows from it and make them float in your desktop. This is great because not everybody works in the same way; programmers, graphic designers and animators will each want customize the interface how the see fit. With so many customization options you can move windows that you're not using out of the way and make more room for the ones you use the most. 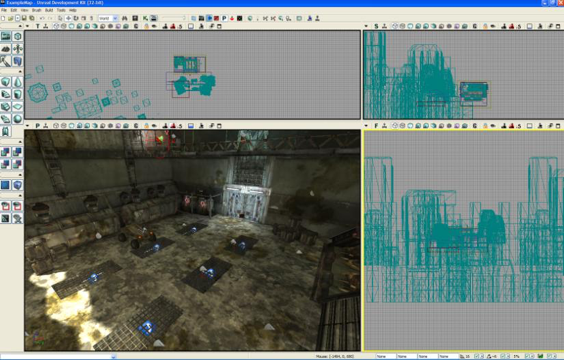 UDK is just as customizable as Unity. Even though the initial layout of the interface is considered pretty annoying by most, the fact that you can customize it at will fixes the problem. You can move the bars wherever you want and you can also delete windows that you are not going to use and detach the ones you want the most and so they are always out of the interface itself.

When it comes to the 3D engines, Unity uses a good one by NVIDIA and uses Box2D for the 2D games. While it is a very good engine and is useful for creating games for almost any platform, its main focus is on mobile games. This is because the graphics created in Unity will not easily reach the quality necessary for a AAA title. Some big companies have used Unity for their games but they purchased the full license with the ability to tweak the engine, an option that is not available for most users due to its high price. Unity engine supports DirectX 11.

On the other hand, UDK uses the Unreal Engine 3 (UE3). This engine is a bit outdated nowadays because Epic Games already released the UE4 which is currently in use. UE3 doesn't support DirectX 11 and their 2D engine is not as good as Unity's, probably because UDK was designed from the beginning as a tool to develop 3D games.

Even though UDK doesn't support DirectX 11 we can overlook that because it is included in their next SDK, the UE4 and though it may be out of date compared to Unity, the games created with UDK still look quite good.

Unity is a good tool for making 3D assets itself. You have the option to do any kind of 3D model with it and you can also use it to animate. And if you don't like Unity as a tool to develop 3D assets, you can use any external tool to do so because the options to import assets in Unity are large. Importing assets in Unity is very easy and can be done with almost any file. Creating particles is easy and straightforward in Unity and they also have some 3rd party tools included in the SDK to create terrain and foliage. Overall it is a good tool to do so.

UDK is way more limited than Unity to create 3D assets. There are not so many options and even though it is easy to create very basic assets, when it comes to the real deal it is quite short. The options to import assets are very good as well so this is why most, if not all of the developers working with UDK to make games use external tools for the 3D assets.

We find Unity superior in this area but both have good options to import assets from more powerful 3D development tools is this will never be a major issue for UDK.

Unity is really nice to develop 2D games. Although it is not a drawing tool you can manage sprites and animations very well. Unity has put a very big effort in doing so using their Box2D engine and they've done it quite well. The sprite renderer is top-notch and with all the options available, we can say Unity is really great to make 2D games.

UDK is not as good. Actually their engine supports 2D but is is very rudimentary mostly because the SDK was developed as a 3D tool.

Unity boasts in their page they have a very good multiplayer networking method but the truth is it's not that great. For very basic games it works very well when players don't need a lot of communication but the fact of not having networked physics makes the development of MMORPGs or any other kind of game with a very big networking load almost impossible without having to tweak the engine.

UDK was born to make multiplayer games. Setting up a server/client network is a piece of a cake compared with many other SDKs. It supports networked physics and even setting up a game where the host and client are the same can be done with no real effort.

Here with a very huge difference, this area goes to UDK.

Scripting in Unity can be done in JS or C#. Unity also has their own scripting language but it is a real waste of time and not very useful when you really want to do something which is more than the basics. The scripts in JS or C# are good enough so you can do almost anything, but the problem is you need to do your scripts on these languages and if you don't know them you can't really make good scripts.

The scripting language of UDK is named the Unrealscript and it is really good. It is very similar to Java but it has many functions you can implement with just a few lines of code while it will take days or even weeks of work to do so in C#.

By a long shot, scripting goes to UDK.

Documentation and easiness to use

There is a whole lot of information and documentation about Unity. Their marketplace is great and you can purchase or get for free many assets and functions ready to use in your projects. There are also many add-ons that will make your life much easier when you need to develop some kind of games like RPGs. Unity is really a very easy to use tool even for someone with limited programming experience.

UDK is not as accessible as Unity is. It was developed for developers and developers are expected to know a thing or two about code. The information is not as available as it is in Unity and their marketplace is starting to grow now.

Unity is much more documented than UDK.

Unity has been developed from the beginning to be a tool that can be used by anyone to develop games. Very basic games can be developed in one day and something a bit better in a few days or a week. The options to import assets and to animate them into the SDK makes redundant the use of other programs for the same purpose.

UDK is not as easy to use as Unity. From the very beginning you are expected to know at least the basics about programming and things like the graphic assets need to be developed in professional tools for that purpose.

Unity is easier to use than UDK.

Being both of them are really good engines but we have to be fair and say UDK is a bit outdated when it comes to the engine. Also, the ease to use you get from Unity you won't find in UDK. Unity is mainly focused on mobile games while UDK is more focused in 3D games for PC. So, if

you are a casual developer who is starting in this world, choosing Unity would be a wise, but if you are in it for next generation graphics and PC or fixed console games, UDK has still the lead even though it has been already replaced by UE4.