Laravel is an open source PHP web framework with an elegant and understandable style of coding. Laravel was created by Taylor Otwell and intended for the development of web applications using the model–view–controller (MVC) architectural pattern. Some of the features of Laravel are a modular packaging system with a dedicated dependency manager, different ways for accessing relational databases, utilities that aid in application deployment and maintenance, and its orientation toward syntactic sugar. 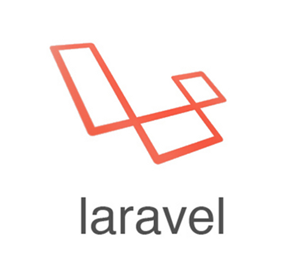 Like other PHP frameworks, Laravel follows an MVC architectural pattern that increases web application performance and allows web developers to have a better view between presentation and logic. Together with other PHP frameworks, Laravel is considered as one of the top and most widely used PHP frameworks in web development right now—not just because it’s free but because it provides detailed and understandable documentation. The source code of Laravel is hosted on GitHub and is licensed under the terms of the MIT License. 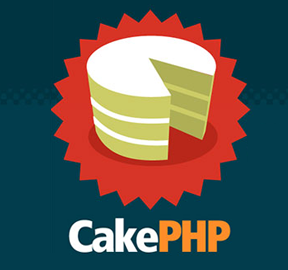 CakePHP is a free and an open source rapid web development framework for PHP. It follows the model–view–controller (MVC) approach, is written in PHP, modeled after the concepts of Ruby on Rails, and distributed under the MIT License. CakePHP uses well-known software engineering concepts and software design patterns, such as convention over configuration, model–view–controller, active record, association data mapping, and front controller. It’s a foundational structure for programmers to create web applications. The primary goal is to enable you to work in a structured and rapid manner without the loss of flexibility. CakePHP started in April 2005, when a Polish programmer Michal Tatarynowicz wrote a minimal version of a rapid application development in PHP, dubbing it Cake. He published the framework under the MIT license, and opened it up to the online community of developers. One of the project's inspirations was Ruby on Rails, using many of its concepts. The community has since grown and spawned several sub-projects.

Challenges about the framework

Why use a framework? Well, frameworks come with a many great advantages in development. More frameworks have been developed year by year and it has been clear that there are many libraries and frameworks to choose from. They offer libraries and helpers, ease of changing of databases, unit testing, form generation, easy upgradeability and maintainability, security, active communities, allow for less code and supply performance tools that assist in caching, profiling, benchmarks, etc. Also, a framework for PHP, which follows the MVC pattern, offers extra functionality.

With frameworks having so much to offer for developers, the only question left is which framework is best. Though there are many frameworks for PHP users, here in this article, let us compare Laravel and CakePHP, the two most popular frameworks.

Comparison of both technologies

Free and open source - Both the Laravel and CakePHP frameworks are open source technologies. They are free software and licensed under the MIT license. This enables developers to use the technology freely without worrying about any payments.

Ease of use -  Laravel uses a command line interface called Artisan that is very useful for faster web development and because of this it is very fast. Ever since Laravel was developed it has used its own command line interface that could create controllers, models, and even down to creating migrations etc. Unlike in CakePHP, it does not have a command line interface. Developers are going to create their own file and it's kind of a hassle doing it that of way. With respect to ease of use, Laravel is the winner. Its ease of use is attributed to its easy to use Artisan command-line interface, easy readability and scope for the developer's creativity.

Peer Support - Better peer support can be expected by developers who use CakePHP. By virtue of being in existence for a longer period of time than Laravel, obviously, it has a larger community, helping developers to find answers and solutions to their queries. Developers can submit questions to the CakePHP website.

Framework Structure - Laravel does an excellent job of enforcing structure, but not quite as good as CakePHP. It also leaves the architecture a little more open for 3rd party plug-ins (packages) rather than following the stricter plug-in structure of CakePHP. I would say that such an approach has both pluses and minuses. While in most cases it’s much easier to reuse an existing component, completely relying on third-party libraries can eventually lead to a maintenance nightmare, something that larger framework projects often suffer from as well.  CakePHP comes with robust plug-ins which allow the code to be easily reused, and the app folder can be kept clean. Also, class inheritances in CakePHP are easily understandable.

Code Structure - Laravel does well when it comes to coding structure. Laravel is very easy to configure and to develop in giving it an advantage over CakePHP. Laravel is known for its blading system and because of this it helps developers to be efficient while developing. CakePHP doesn't have this kind system but one advantage it does have over laravel is its Object-relational mapping (ORM). CakePHP has an incredible built-in ORM, and building queries is a breeze.

The foremost reason why Laravel is the best framework and has an edge over other frameworks is that it is very configurable, and has an inbuilt, fast and extendable blade template engine, making it easier for Laravel developers to add the features without need of hacking the core. Use of Laravel is  increasing rapidly in recent years. Developers have been choosing Laravel because of its simplicity and ease of use. Amongst the major reasons to choose CakePHP as your framework, the primary one is its flexible and that is has strong reverse routing. It helps developers to easily maintain links in an application. To elaborate on that, developers are entitled to adjust the URL structure at one place rather than searching for each call of the change. This feature is really a wonderful time saver. CakePHP is more famous with blog sites while Laravel on the other hand is ideal for bigger projects and also for projects that need continuous maintenance after they have been launched. To sum up everything, Laravel gets the upper hand, being one of the rising framework today and there is no doubt that Laravel will still continue to grow and improve as one of the best PHP frameworks to use. From developing blog sites to web applications Laravel is one of the best framework to use today.